If you see these packet in shops they’ll only say ‘DISNEY’ on the front but ‘Disney Favourite Friends’ is the official name of this sticker collection featuring a selection of Disney and Disney Pixar characters. 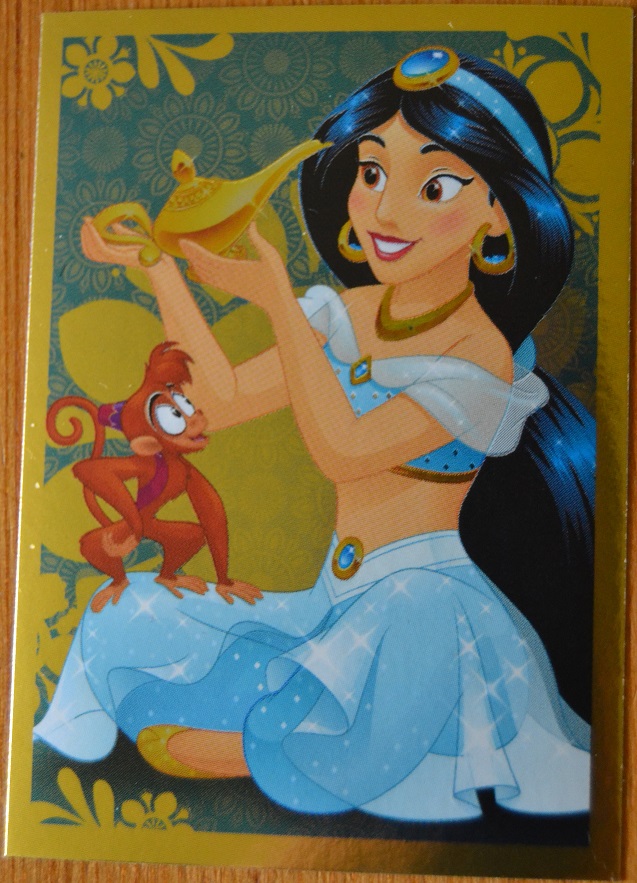 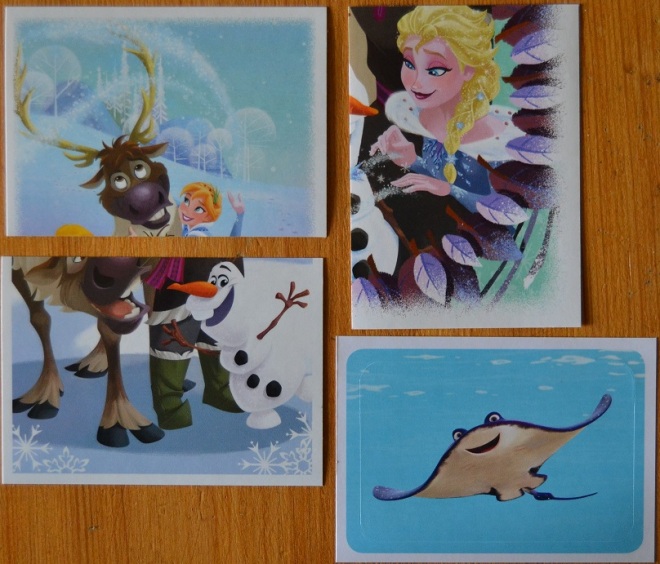 Stickers in the packet I got:

The stickers are the standard size of 76x55mm. They’ve mostly gone with painted, original, artwork so there’s definitely value in the images themselves for Disney fans and all the printwork is relatively high quality on close inspection.

Apparently there are brand new “scannable stickers” but the packet I bought didn’t have one and there’s special gold, silver and 3D stickers to look out for. The Jasmine sticker above is an example of one of the golden foil stickers.

The price averaging out at £0.12 per sticker I’m not happy with to be honest considering the number of ‘section of a multi-part image’ stickers in the packet. I was fortunate enough with the ones I got that they have enough of a character on them you can just about get away with them being used alone though it’s clear they’re meant to be part of a larger image.

If you are a big fan of Disney these are definitely worth checking out. If you only like certain series it is very pot luck. The one major downside, aside from the low number of stickers for the price, is that you’ll most likely get parts of various multi-part images and that is very annoying as I’ve found with other series I’ve reviewed in the past.

Made and published in Italy by PANINI S.p.A.